The irrigation water in many of Australia’s highest producing wine areas is becoming salty so the wine industry began a major investigation to find new rootstocks that are resistant to salt and phylloxera. The NyPa rootstock was added to this trial following the success of an observation trial in the Barossa Valley by Orlando Wyndham, a company owned by Pernod Ricard of France.

The investigation, by Australia’s most advanced vine improvement group, the South Australian Vine Improvement Group (SAVI) has been taken over by the River land vine improvement committee (RVIC) and is still going on with different grafted wine types. 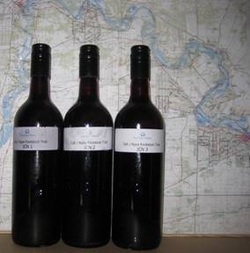 Wine from salty water
Based only on the first two years limited wine production, the NyPa Grapevine rootstock grafted with red wine grapes, produces wine with the best colour and taste of all the salt tolerant root stocks grafted further more it has a relatively low chloride levels

Climate change will continue to place much more pressure on agriculture in the future and this product is an example of the NyPa focus on the search for useful plants for stressed environments. This will become more significant during the business development period.